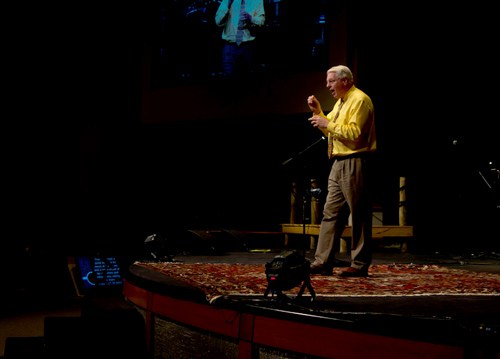 82% of the unchurched are at least somewhat likely to attend church if invited.

This according to Dr. Thom Rainer’s book The Unchurched Next Door. There is more. Only 2% of church going people ever invite someone to church in a given year. Seven out of ten unchurched people have never been invited to church in their whole lives. I say we ought to do something about that.

Let’s put together an inviting campaign.

To make this a little more personal, listen to the words of one unchurched person: “I have a neighbor named Frank who is an outgoing Christian,” said Bill J. of Nevada. “He is all the time talking about his church activities and all the things he’s involved in. I’ve known Bill for over six years now, but he’s never hinted at me going to church with him. Don’t you think that’s kind of strange?”

Let’s put together an inviting campaign.

We really cannot do anything to force people to come to church. All we can do is invite. But, when we invite, they come. When we don’t invite, they don’t come.

We sometimes talk about growth campaigns that emphasize attendance or enrollment. These campaigns are focused on results. This is a good thing. But, from time to time, it might be a good thing to emphasize process. Perhaps we should do a campaign that emphasizes what we can do: invite.

I heard Bill Hybels talk about one such campaign they did at Willowcreek where they handed everyone a brick and asked them to put the name of someone they would pray for and invite on the brick. This was part of a series of messages on Nehemiah called, “The Power of Everybody.” They took the bricks and formed them into this huge wall. Every brick of that wall was made up of the names of individuals that they were going to pray for and invite.

Physical invitations are great but you can’t stop there because email now connects 85% of the world and social media connects 62%. You also need to reach people ‘where they are,’ and that’s on the internet. Most of the world is interconnected thanks to email and social networking sites such as Facebook and Twitter. You need an online invitation campaign. The idea may sound overwhelming but it’s actually quite easy thanks to a new service called ChurchInviter.com. They give your church an easy way to send branded invitations via Email, Facebook, and Twitter! Show it to your church during your sermon or announcements, even challenging them to invite someone during that time through their smartphone or tablet.

It’s free to get started!